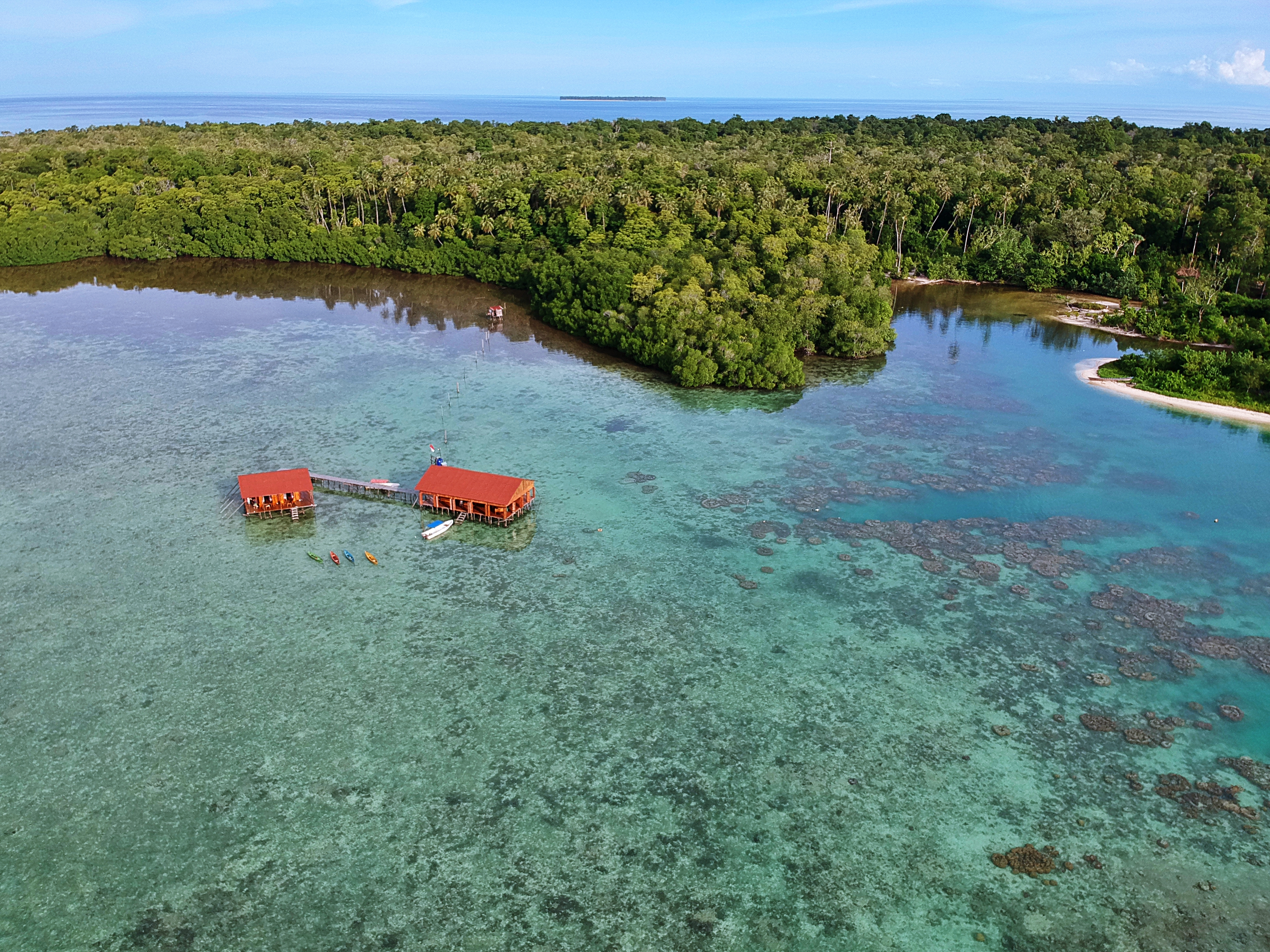 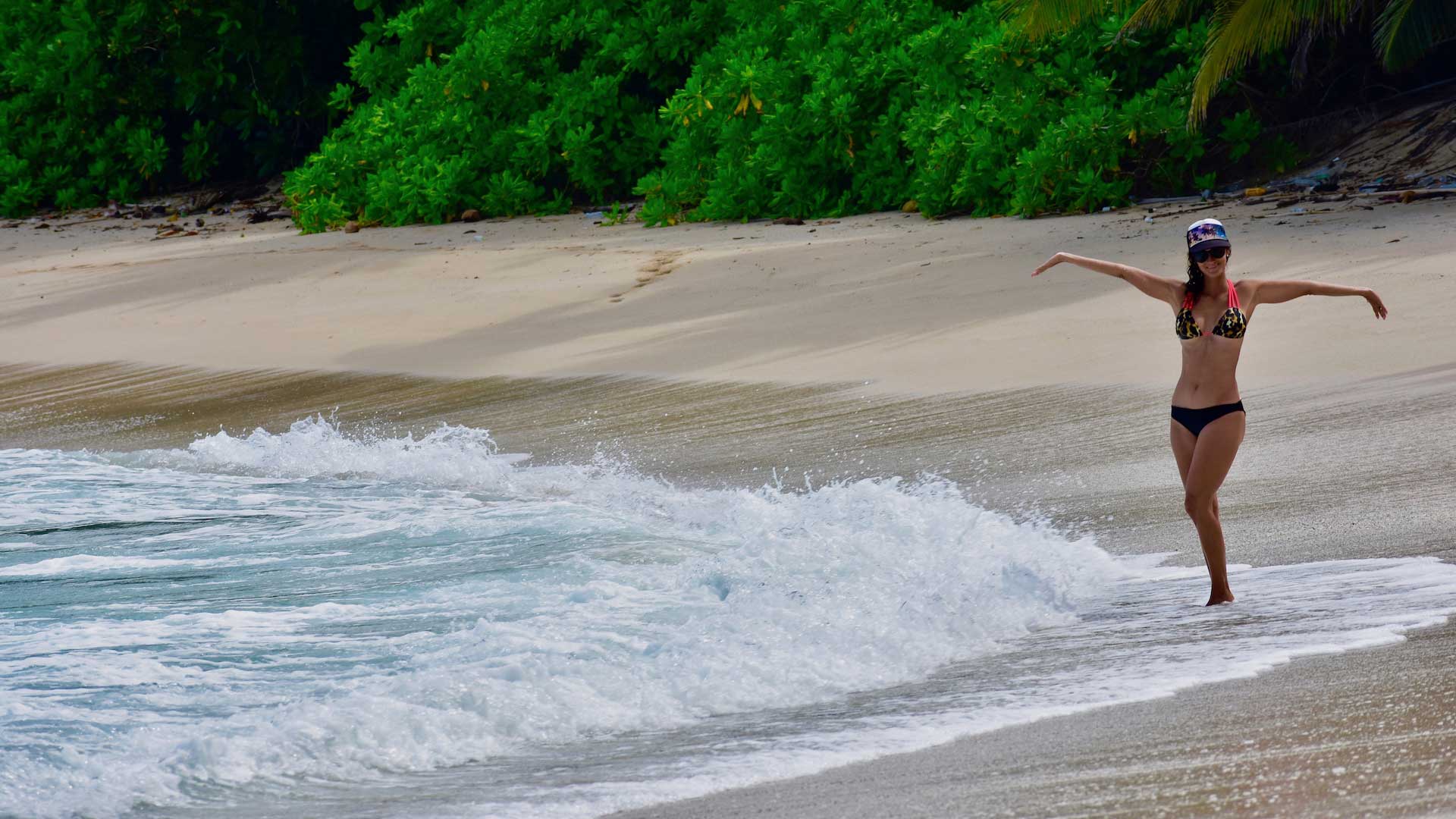 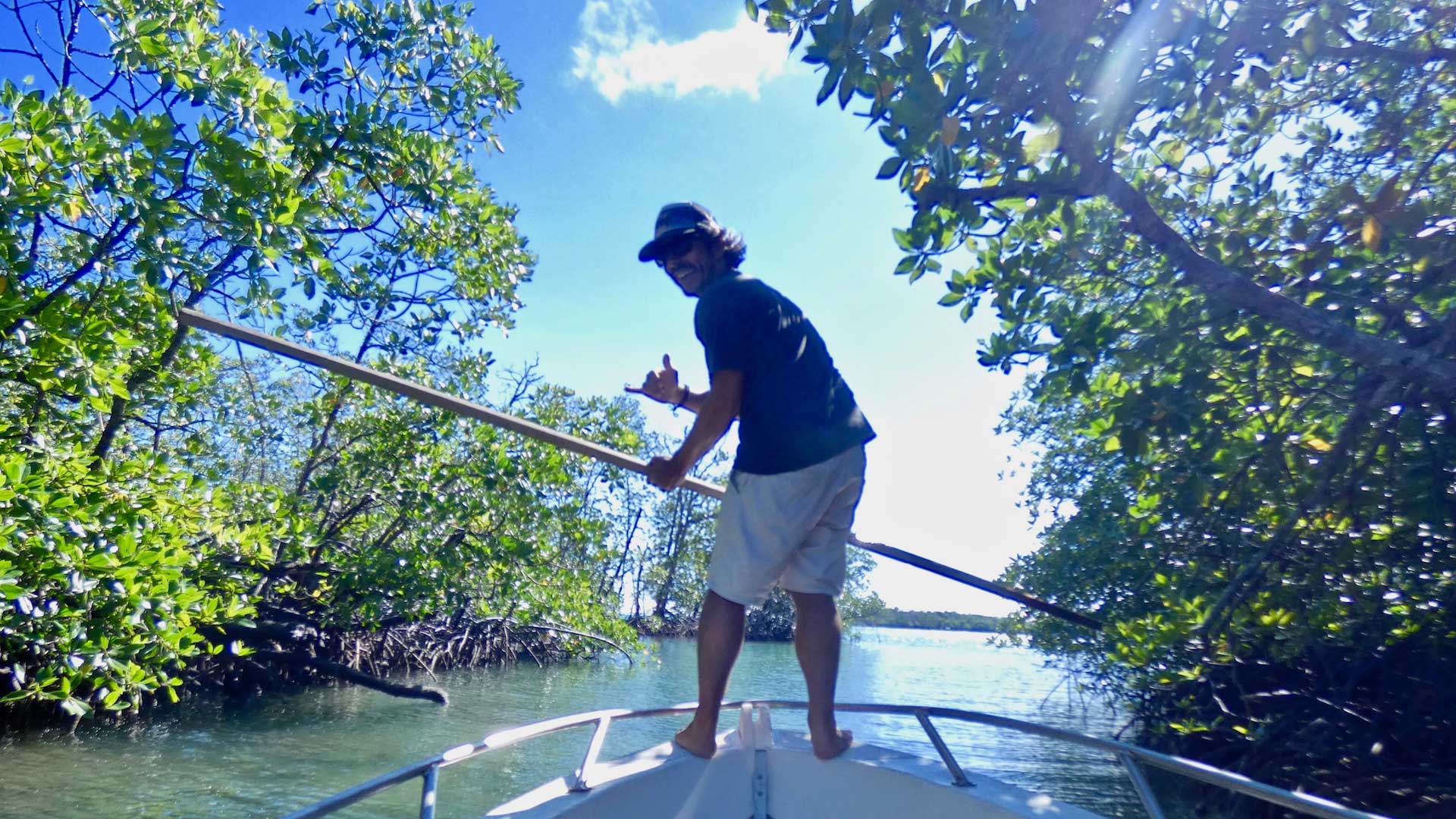 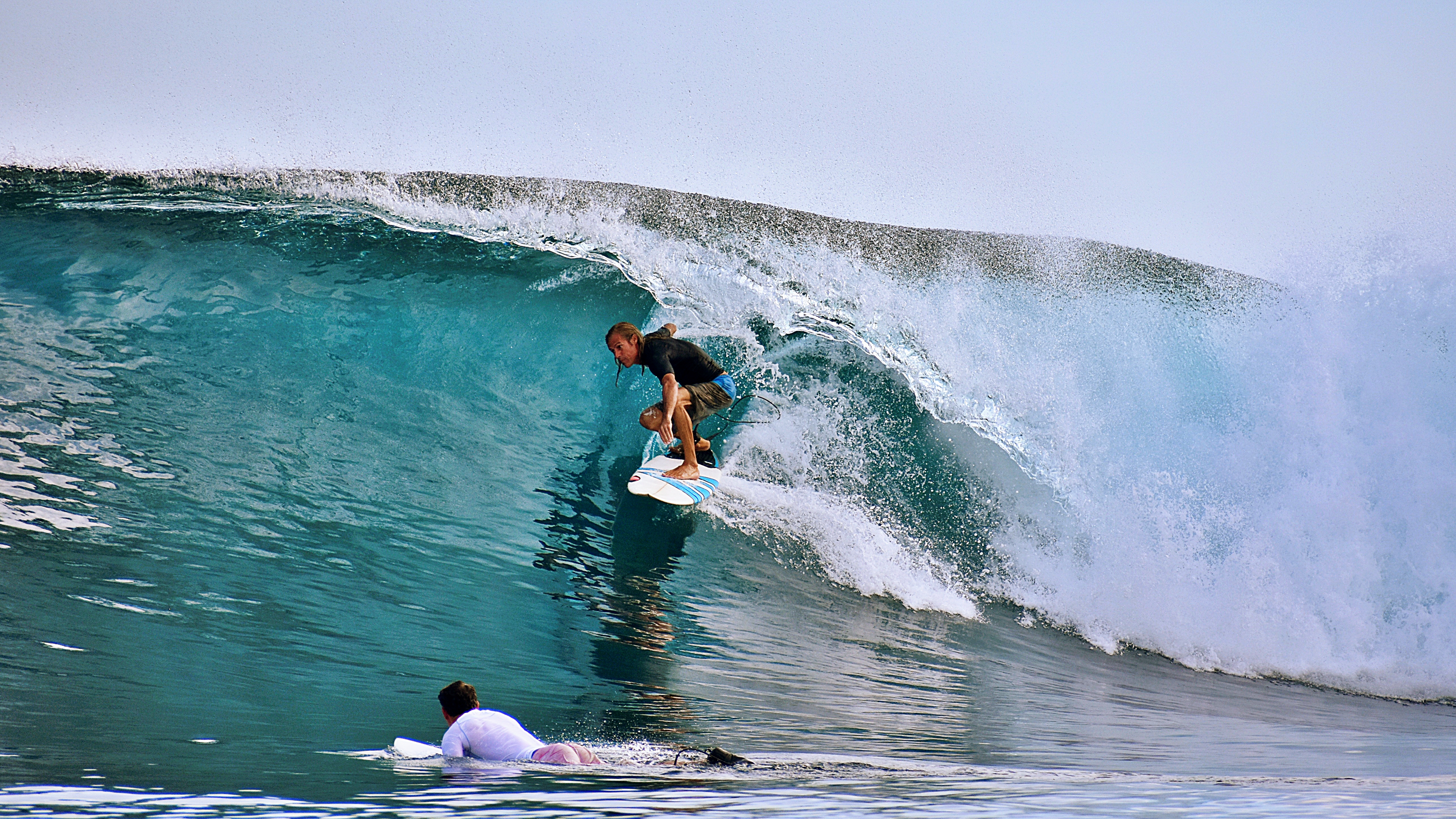 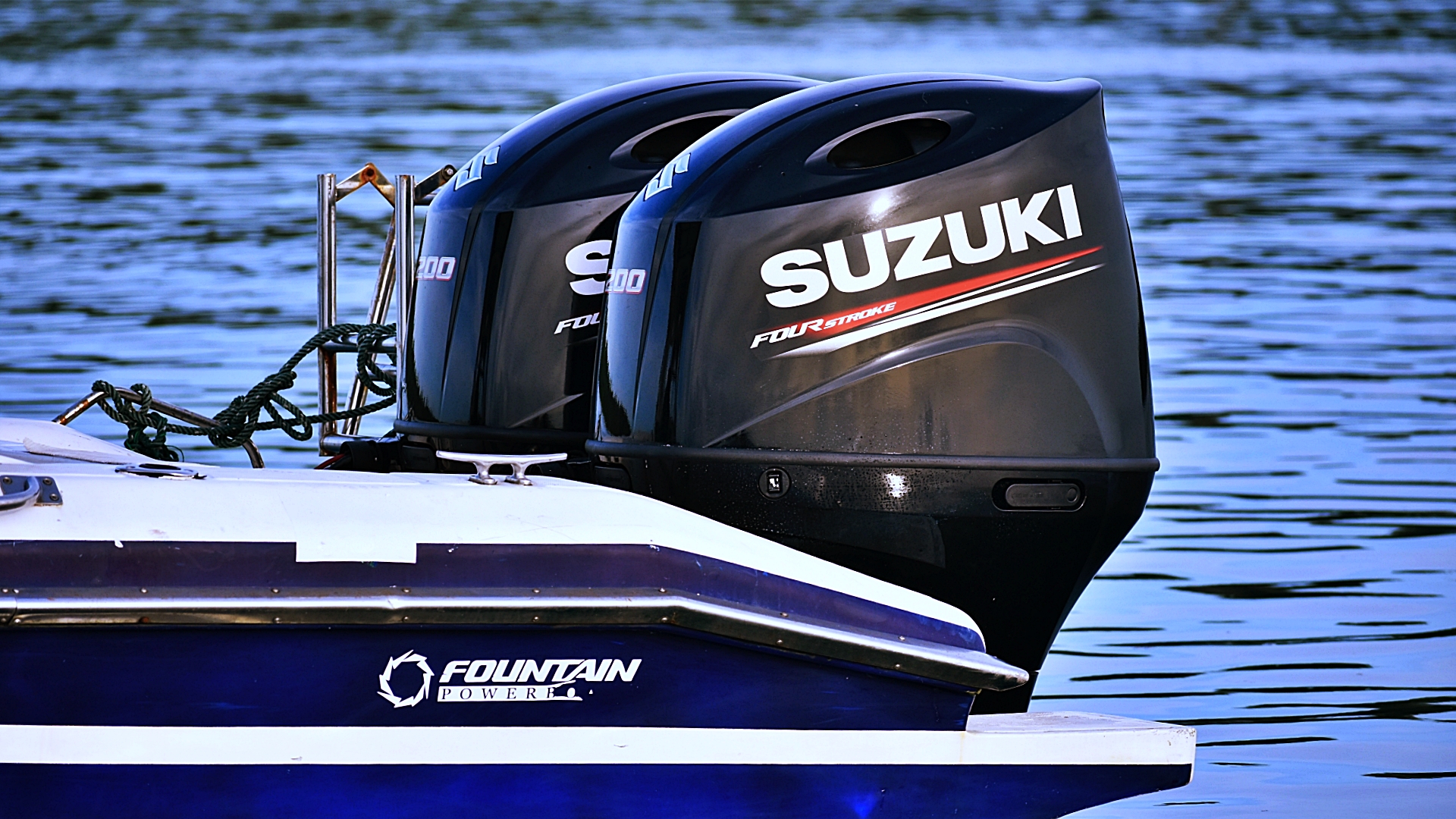 Having my own surf resort is a dream that I've had for several years. After 15 years of traveling around the world to surf the most beautiful waves on the planet. I focused more on surf spots least known to the public to be able to surf uncrowded perfect waves, this is how I discovered this incredible bay, the "Bay of Plenty".

Since 2012 I went back every year, camping in the jungle for couple weeks at a time before I decided to settle down in the bay. This is where I started to build Banyak Surf Resort so I can share my dream with the world.

The resort is built on stilts over the sea in the quietest side of the bay. The area is not affected by the waves coming in creating the surf spots in our front yard. The main building where the restaurant is situated is connected by a boardwalk to the bungalows with the rooms. We've used as many natural materials as possible for the construction, such as wood and bamboo. It's important to respect and preserve the untouched nature in the area.
Join us on Facebook and Instagram to follow our adventures! Our partners: Nirvana Diving, Kita Surf Resort
Bookmark us!

Dreaming of a holiday in the sun surrounded by perfect waves among desert islands? Look no further and book your room now in one of our bungalows on the water in the Bay of Plenty in Sumatra Indonesia!